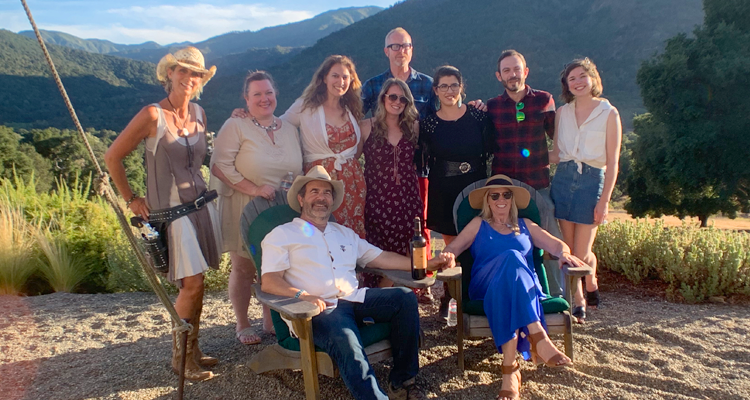 At Galante Vineyards our staff is our family. We are so lucky to have such a fabulous team from our incredible Winemaking team and our Office/Tasting Room group. We all work together with one goal; to provide the finest possible wines and service to our valued customers. 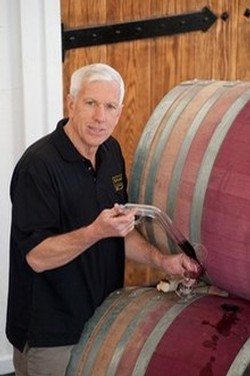 A fifth generation Californian and early morning long-distance runner, Greg has been a vineyard and winemaking consultant to wineries in the Napa Valley, Santa Cruz Mountains, and Monterey County since 1994. Prior to opening his consulting business, he was with Spring Mountain Vineyards in St. Helena for twelve years serving as Wine Maker and General Manager. A UC Davis graduate with a Bachelor of Science in Botany and Plant Science, Greg has made wine for Frogs Leap, Dunn, Philip Tongi, Spottswood, and Chimney Rock. Since the start of Galante Vineyards in 1994, Greg has shown his dedication to excellence in the rich, robust wines that he produces. Married with two sons, Greg is quiet yet amusingly frank, believing that, as JRR Tolkien said, "The wise speak only of what they know." He enjoys the outdoor pursuits of hiking, fly fishing, and skiing, and spends a lot of time at his retreat in the Frank Church wilderness of Idaho. 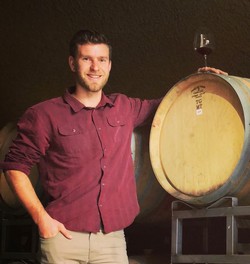 Chris has been working throughout the Monterey County Wine Appellation since a very early age. The son of winemakers Greg and Diana Vita, Chris got his start working in various cellars with his parents. Chris chose to make this passion his career after graduating from the esteemed winemaking program at UC Davis with a degree in Viticulture and Enology. Winemaking has allowed Chris to travel and learn, taking him as far as New Zealand to acquire and exchange skills. Chris has been working side by side his dad, Greg, at Galante Vineyards for many years, constantly working to perfect his craft and broaden his knowledge. Chris’ winemaking philosophy rests upon a balance of science and tradition, using modern technologies to support traditional winemaking techniques. When not in the cellar, Chris enjoys recreating in the outdoors with frequent trips to climb and ski in the mountains. 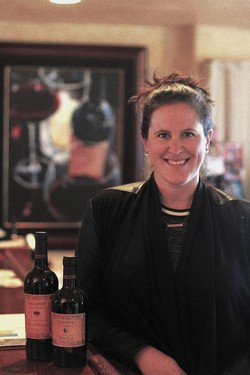 Maegan’s can-do attitude is instrumental in leading our team at Galante.  Originally from Carmel, Indiana (yes, she loves the city of Carmel...wherever it is!), she moved to Carmel, California in pursuit of a new beginning and challenge. In 2012, Maegan worked for Jack and Dawn Galante, and took a short break, returning as the company's own superhero in 2016, as she's now a mom to her adorable and outgoing daughter McKenna (aka Nugget) and her new baby boy, Jack, while excelling as our General Manager. Maegan's team leadership abilities were honed at the University of North Carolina when she was the captain of the Women's Rowing Team.  You can hear her still yell out, "Go Tar Heels!", but she is always rooting for Galante Vineyards! In fact, she's often enjoying a bottle of the Red Rose Hill Cabernet with her husband, Andy, after a productive day of juggling motherhood and taking care of business at Galante Vineyards 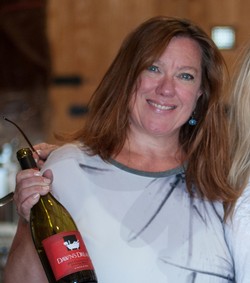 A native California girl, Deborah grew up in San Diego but has called the Monterey Peninsula home for more than 30 years.  After graduating from MPC, Deborah immersed herself in the world of food and wine attending the Greystone Culinary Institute and receiving her level one sommelier.  With over 15 years of experience as a F&B Manager and a restaurant Wine Buyer, Deborah comes with an ideal background for the wine industry.  While her resume speaks volumes, Deborah isn’t all business.  She loves to go hiking, read and watch sci-fi and horror, and spend quality time with her two plush puppies at home.  At the end of a long day, Deborah reaches for a glass of big, juicy cabernet or a rich, bright chardonnay. 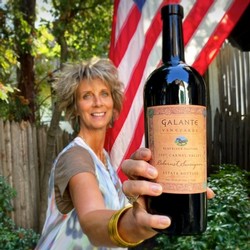 A newcomer to the west coast, Janet arrived in 2012 from Marco Island, Florida, by way of the Maine coast and the Chicago countryside where she grew up.  Her acclimation to Carmel began with an introduction to the tasting room by longstanding Galante Wine Gang members and friends.  Now, she finds herself sharing Galante wines with those who have the same fascination and fondness for California wines as she has. Her many years in the travel industry took her to exotic destinations, in much the same way a fine wine can transport you.  She brings to the Galante tasting room a genuine appreciation for wine and her guests' tasting experience. When she’s not busy in the tasting room, she’s exploring this beautiful coast or walking her dogs on the beach.  She’s certain Jimmy Buffett has it right that “If there’s a heaven for me, it has a beach attached to it.”  And a glass of wine at sunset, too.